The Department of Physical Education was established in September 1957. At that time, its staff consisted of three people: the head (senior lecturer Serhiy Garagulya) and two teachers (Oleksandr Boyko and Borys Ryabenko).

The department was located on the ground floor of the administrative building of the university and occupied two rooms: the head’s office and the assistant’s. Classes were held in basic, preparatory, special medical groups and sports improvement groups, which made it possible to cover the physical culture of all students, regardless of health status and level of physical fitness. 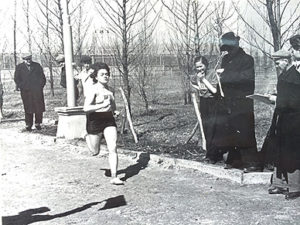 Serhiy Kalistratovych Garagulya together with Oleksandr Boyko are preparing the university teams for the med championship.

Universities of UkraineIn April 1958, the national teams of the Institute of Volleyball, Athletics and Cross-Country Crossing took part in the city championship among physical education teams for the first time. 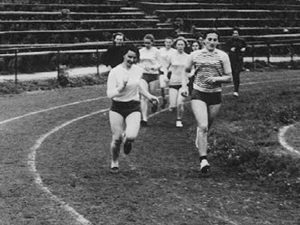 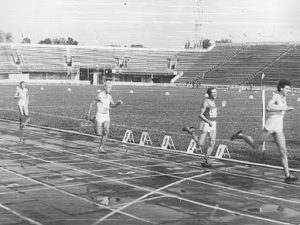 In September 1958, Master of Sports Volodymyr Novik was enrolled in the staff of the department, who started a section on bicycle racing.At the beginning of 1959, the number of students who improved their sports skills in the sections was 83 people. In the same year, the department equipped its own gym (today the conference hall of the administrative building of TSMU). 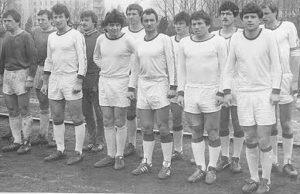 Football Sports Improvement Group (1960)Special achievements in the activities of the Department of Physical Education in 1960-1961.
Groups of sports improvement in weightlifting, fencing, table tennis, freestyle and classical wrestling, swimming, shot put, and skiing were created. At the same time, the performances of national teams in various sports in the championship of the student sports society “Petrel” were started. 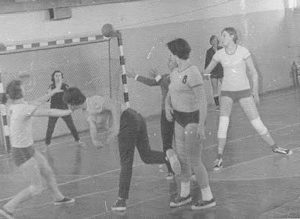 In 1960, for the first time, a sports contest of medical universities of Ukraine in cross-country skiing, biathlon and winter all-around GPO was held, in which our athletes also took part. The debut was a success, as the national team of the medical institute took 2nd place in the overall standings. Nadiya Turchyn became the champion of this Olympics.Later in the winter sports contests the winners were Mirvalieva Sofia, Bezrodny Mykhailo, Nagirny Yaroslav, Antonyuk Larysa, Onyschuk Volodymyr, Dovhan Olena. 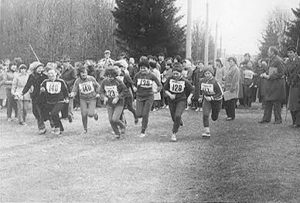 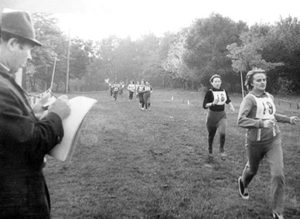 The first sports contest among medical universities and student youth (1962)

In 1962, the first winners of the Spartakiad among medical universities and student youth of Ukraine, as well as the first masters of sports appeared among the students of the Ternopil Medical Institute. They were Lyudmyla Kalashnyk (LO Vakulenko), Tetyana Mykhailyk and Hryhoriy Kosovan. Since 1964, a sports contest among students between courses has been launched. And the first such sports contest was held in 4 sports, which was attended by over 200 students.At that time, the connections of the athletes of our institute with the athletes of other educational institutions and teams in physical culture are being established. During the period from 1960 to 1971, the national teams of Ternopil Medical Institute met more than 58 times in friendly matches with teams from other universities.In 1971, the Department of Physical Education moved to a newly built building, equipped with sports equipment and inventory, located in the sports building on the street. M. Kotsyubynsky, 3. 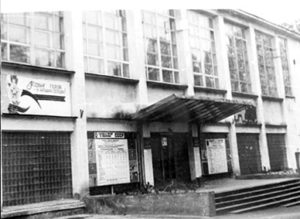 The department has been constantly working on sports improvement groups, which annually engaged from 240 to 300 students. The sports contest of the institute, which since 1972 began to be held annually in 10-12 sports, was attended by the majority of students who will be included in the main medical group, and in the track and field cross – all students. Our athletes also performed well in the sports competitions of the Ministry of Health of Ukraine among medical universities, which were held once every 2 years.The department also worked fruitfully in terms of training highly qualified athletes and athletes of mass categories.
The Ministry of Higher Education praised the sports and mass work of the Department of Physical Education. In the competition for the best department of sports and mass work and involvement of student youth in regular physical education classes, which was launched in 1982, the department took 2nd place in 1983 p. and twice shared 4-8 places (1985 and 1987 pp.).The department also worked fruitfully to attract employees of the Ternopil State Medical Institute to physical culture and sports, and now – SHEI “Ternopil State Medical University named after I.Ya. Gorbachev Ministry of Health of Ukraine “. For the last 20 years, the employees of the department have been conducting classes in “Health” groups, in which from 90 to 140 people are constantly engaged.Every year, since 1973, the “Health” sports contest is held among the teaching staff of the university. Until 1976, the Games were held in 4 sports, and later the number of sports increased to 7. 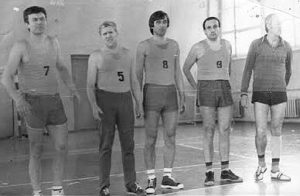 Spartakiad “Health” among the teaching staff of basketball (on the left Gusev VD, Ilnitsky VI, etc.) 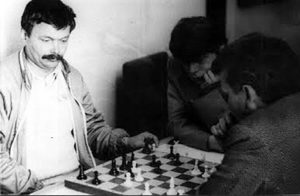 Spartakiad “Health” among the teaching staff of chess. (in the photo – Vasyl Yakovlevich Volynets).

At the initiative of the Department of Physical Education and Health of our institute, such a sports contest began to be held in 1978 and among higher educational institutions of the region. It should be noted that in all such sports competitions in the overall standings, our institute, except for 1989, was the winner.Student groups “Health” for general physical training, which employs from 100 to 130 students, have been working at student dormitories for 20 years now. The student dormitories are equipped with sports rooms, where clubs of sports interest work.An important event in the life of the institute and the department of physical education was the opening in 1972 of the sports and recreation center “Birch” in the village. Bilche-Zolote, Borshchiv district, Ternopil region, which functioned until 1990.During the existence of the sports and recreation center, more than 1000 students and employees of the academy rested and recovered. The recreation center worked especially fruitfully after the restoration of its material, technical and sports bases. In 1998, 297 students and teachers of the academy had a rest in beautifully renovated and equipped houses and huts. On the territory of the sports and health base, the teachers of the Department of Physical Education systematically held sports and mass events, in which both students and teachers who had a rest on the base took an active part. 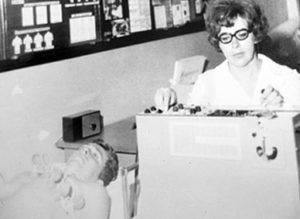 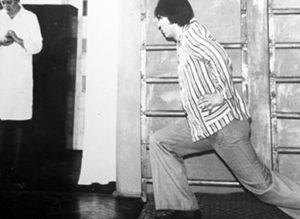 In 1976, a course in physical therapy and sports medicine was added to the Department of Physical Education and Health. The first head of the course was Assoc. A.K. Poplavsky, who wrote the section “Therapeutic exercise in obstetrics and gynecology” to the textbook “Therapeutic exercise and medical control” (Moscow, 1990). In different years on the course of exercise therapy worked: Assoc. L.O. Vakulenko, assistant BUT. Tomaszewska, Assoc. V.V. Demyanenko, assistant professor SI. Zelinska, assistant I.G. Garach and Assoc. VB Koval.In 1975, the annual departmental educational and methodical conference on improving the educational process in physical education and certain sports, which are cultivated at the Medical University. During the existence of the department teachers made more than 80 reports at practical and methodical conferences of various levels on the methods of teaching physical education.From the first years of the department’s foundation, research work was carried out. Numerous scientific and pedagogical observations were mainly aimed at ascertaining anatomical and anthropometric changes in students under the influence of regular physical exercises. Special attention at the department was paid to the scientific substantiation of the use of physical exercises as one of the means of recovery and active recreation of young people, meaning, first of all, conducting independent classes at the place of residence, hardening, and various sports.With the appearance at the department of a young scientist, candidate of biological sciences VI Ilnytsky, the scientific work at the department acquired a purposeful character. First of all, a promising direction of scientific research was developed, which provided for long-term research of the physical condition of students of all medical groups during their studies at the university. The regularities of changes in their cardiovascular system, physical performance and physical development under the influence of different types of physical activity were studied. 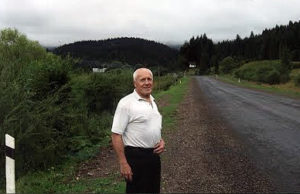 VI Ilnytsky skillfully directed and corrected the scientific search, substantiating the conclusions, made methodological recommendations. Numerous publications in professional scientific journals covered the course of scientific work at the department, with reports at scientific and practical conferences made by Vladimir Ilnitsky, Elena Dovgan, Eugene Yasinsky, Vladimir Pakulin, Vasily Volynets. The scientific connections of the department expanded every year from Ukraine to the countries of near and far abroad. In parallel with the pedagogical work of Assoc. VI Ilnytsky worked on his doctoral dissertation, which was defended in 1984, and in 1985 he was elected professor of the department for fruitful scientific and pedagogical activities. Years of scientific work were not in vain for other employees of the department: in 1995 she defended her dissertation Olena Dovgan, and in 1996 – Eugene Yasinsky. In total, over the years of the department’s existence, more than 150 articles have been published in journals, about 400 scientific reports have been made and 5 methodical recommendations have been issued. 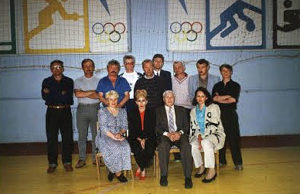 The staff of the Department of Physical Education (1995)In 1999, based on many years of scientific and pedagogical experience,

Professor VI Ilnytsky and Associate Professor Eugene Yasinsky published a manual “Physical Education in secondary medical schools.”Since 2000, a young generation of teachers and scientists came – NO Davybida, S.V. Dyshchakivska. A pupil of the department PR Levitsky in October 2004 at the IV International Scientific and Practical Conference, held at Vitebsk State Medical University (Republic of Belarus), took first place with a report in the section “Morphogenesis of organs and tissues.”In 2004, the head of the department was Assoc. O.M.Dovgan. During Olena Mykolayivna’s tenure as the head of the department, the interior of the educational building was significantly updated, 2 gyms equipped with modern simulators came into operation. The material base of the department has been strengthened, the working conditions of students and teachers have improved, scientific work has intensified, and it is at this time that the scientific works of the department’s employees are published not only in Ukraine but also far beyond its borders. However, under the leadership of prof. VI Ilnytsky and Assoc. V.B. Koval is actively conducting research work of the student scientific circle. 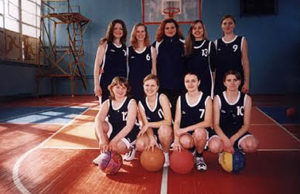 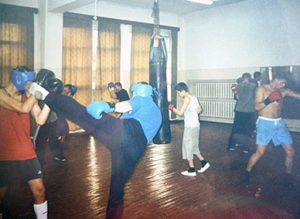 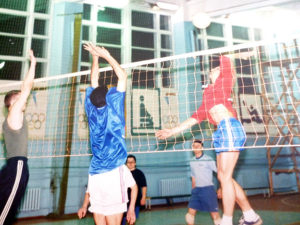 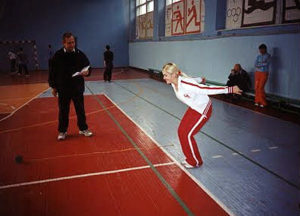 Since 2005, the academic process at universities of Ukraine has been changed. I. Horbachevsky Ternopil State Medical University implemented the Bologna

system of education, the department was named the Department of Medical Rehabilitation and Sports Medicine and headed by Professor I.R. Mysula. Ihor

Romanovych directed the educational and methodical work to students independent work in different kinds of sports. The department focused on courses 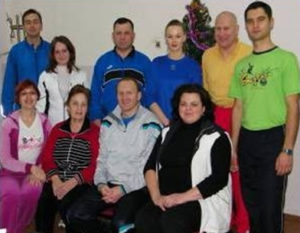 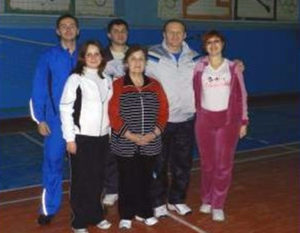 On July 1, 2013, the Department of Physical Rehabilitation, Human Health and Physical Education was established on the basis of the Department of Physical Education. At the department, the students are trained to use knowledge about rehabilitation in some specific situations, ensuring the process of physical rehabilitation, mental, physical and social health, comprehensive evaluation of individual characteristics in healing process, types of health and recreational physical activity, principles of healthy living among people. 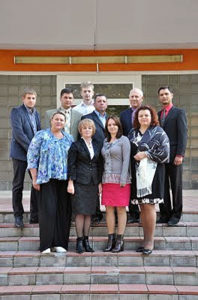 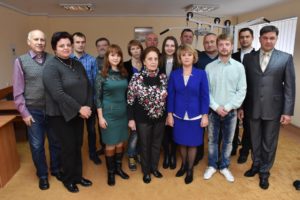 Staff of the Department of Physical Rehabilitation, Human Health and Physical Education

The department is located in the sports building of the Dormitory No 4 at 3 Kotsiubynskyi Street; there is an office of the head of the department, a teachers’

office, a laboratory room, 3 classrooms, 1 massage room and an exercise room for students training classes, a computer class, and a gym there. The sports building

also has a stadium with athletics sectors, playgrounds, a gym hall, a hall for athletic and rhythmic gymnastics and physical therapy, a gym fully equipped with the