This year Ternopil State Medical University is commemorating its 60th anniversary with a number of events. As a part of these celebrations, on 24 November, 2016 TSMU Student Council organized a chess tournament. Additional objective of the event was to popularize logic board games. Chess is known form the ancient times, but even today the game keeps its significance. It is not surprising that the tournament brought together students from the Dental, Medical and Pharmaceutical Faculties and the International Students Faculty.

The competitors wanted to test their knowledge and intuition. The event started with a welcoming word from the head judge, assistant professor of medical physics Valerii Didukh. Assistant professor of the department of physical rehabilitation, health and physical education Liubov Novakova helped to run the tournament. 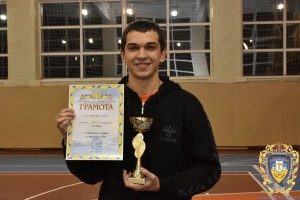